A Nightmare on Elm Street launched the popularity of the production company, New Line, and generated a long string of sequels and even a tie in with Jason Vorhees. A Nightmare on Elm Street is an iconic horror film that I’ve seen over 20-30 times throughout my life. To say the least, I’m pretty burned out on this film and usually don’t think about revisiting it due to my familiarity with it. Before this viewing, the last time I had seen A Nightmare on Elm Street, I was introducing my little brother to it and when I imagined watching it from fresh eyes, I realized why the film is such a popular horror film. From one scene to another it just slowly raises intensity with each horrifying sequence. When I put in this film for this Halloween season, I tried my best to imagine myself as if this was the first time viewing this film and separate it from the lore of the later films and see it as a stand alone horror film.

A group of teenagers have been having strange nightmares that share one thing in common, a deformed man with a striped sweater and a glove fixed up with knives. After one of the teenagers is brutally murdered in their sleep, her boyfriend is framed for the murder and is put in prison. Nancy (Heather Langenkamp), along with her boyfriend, Glen (Johnny Depp), wants to get to the bottom of what is really going on and who this fedora wearing murderer (Robert Englund) really is.

This film is easily one of the most brilliant ideas for a horror film ever created and one of the most haunting executions of an idea. The persona of Fred Krueger, played to perfection by Robert Englund, gives you this intimidating vibe while still giving you this odd sense of charm like a spider, lurking in the dark, just waiting for the right victim. The score of the film will be permanently ingrained into my brain as it is easily one of the most memorable horror scores next to Jaws and Psycho. The minute details added to this movie are part of what make it so special, such as the graying of Nancy’s hair and the many ideas of simple horrific imagery.

There were a few scenes scattered throughout that the cheesy acting made me cringe. But, you really shouldn’t expect A-list acting from a film that was so low budget and wasn’t made to be a hit film. The scares themselves are very genuinely frightening, and each shot is absolutely revolutionary in the world of horror cinema. The humor given from Robert Englund is one of my favorite aspects of each of the Nightmare films just for how much fun it creates and the creativity and range of ideas that have since come from this original balls to the wall film. 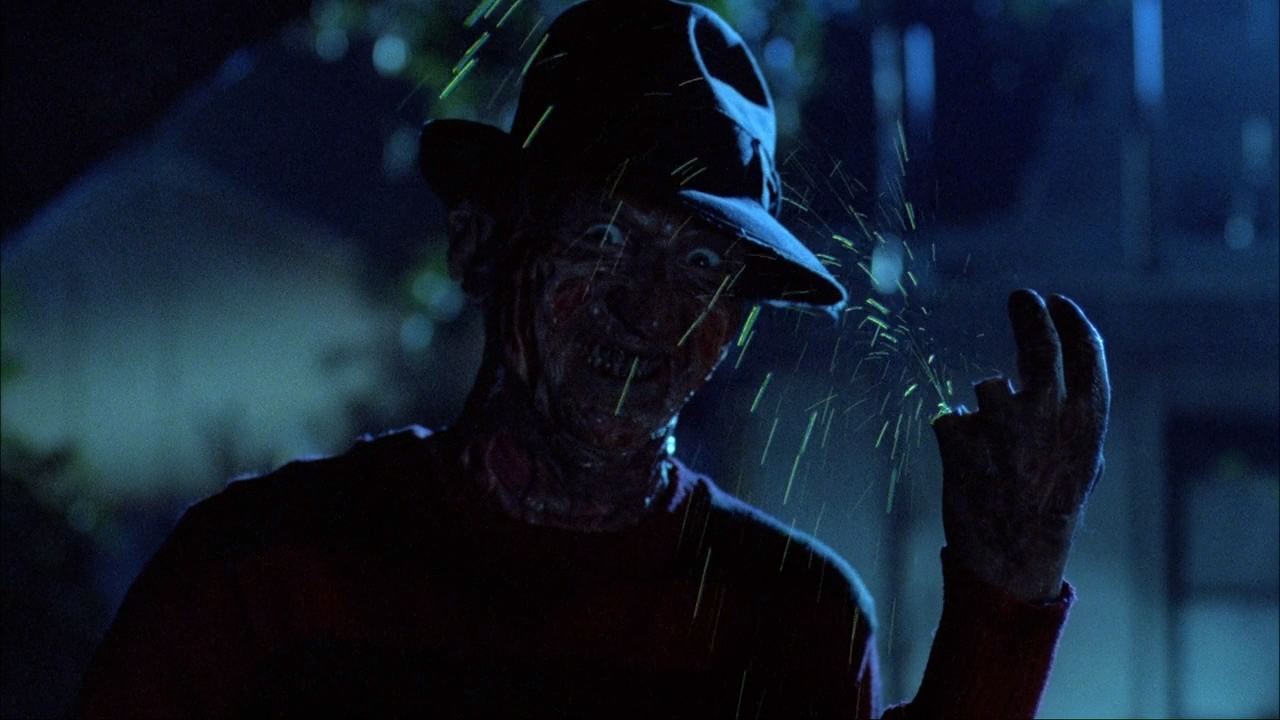 A Nightmare on Elm Street will always be seen as an American horror classic. The unapologetic nature of the film makes it so daring and such an entertaining piece of film. I doubt anybody reading this has never seen A Nightmare on Elm Street, but if you haven’t, definitely go out and pick up a copy and check it out to put you in the right mood for your October season.