How to describe the 1968 BBS film, Head, accurately? A psychedelic concert film starring The Monkees that’s also an anti-war mish mash of satirical comedy. That would be a great representation of what this 85 minute film entails. Although, it’s still such a hard film to really nail down because of wild and rampant it is. The one thing I can guarantee to anybody wishing to view this film is that you will have an absolute blast even with the lack of a real narrative. Head is a mix mash of different stories and musical performances that goes hand in hand with the popular counterculture of the 1960’s. The Monkees get into many difficult situations which each reflect the United States negatively. These situations take on such topics as Hollywood, Vietnam, Imperialism, and Consumerism as well as many others. An insane trip down the rabbit hole that begins and ends with a giant plunge. It’s really hard to review this film for the fact that it’s very self explanatory and there’s really nothing bad you can distinguish. But, it’s so out there that distinguishing all the good is just as difficult. I personally enjoyed this film immensely and think that it exemplifies everything about the 60’s perfectly. If you want to see a feature length experimental acid trip that tackles some really deep topics than this film is perfect for you. But, if you’re looking for a traditional story with serious substance, then this film will do nothing for you. 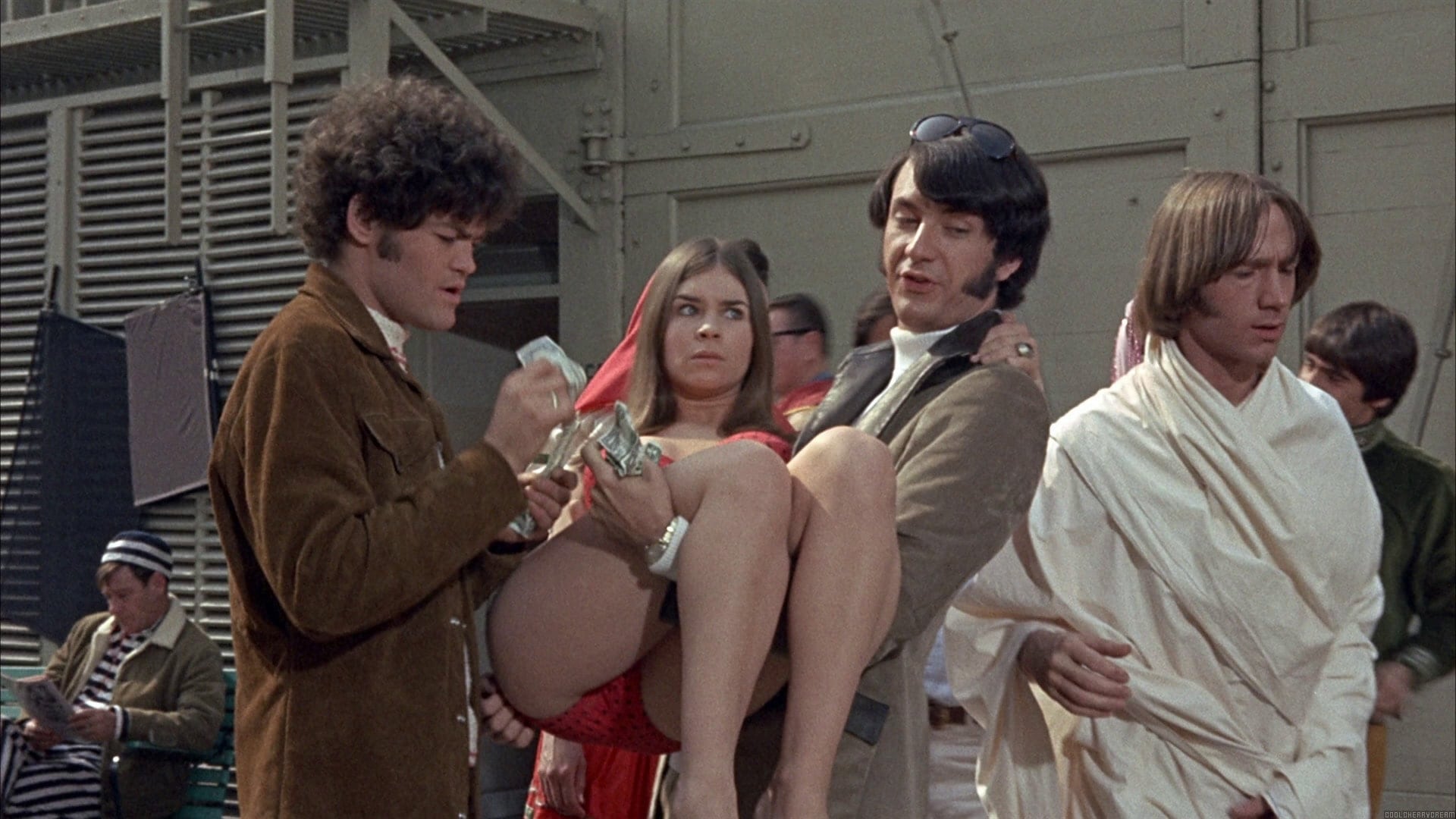 The soundtrack of this film is one of the greatest things about the film. Prior to viewing this film, I had only heard of the Monkees and had not heard any of their material. This film showed me how original and enjoyable their music really is with some songs I found to be very reminiscent of the sound that had later been used in The Rocky Horror Picture Show. Also, the film was written by a young Jack Nicholson who had just incorporated himself with the BBS production company and would later bring us highly acclaimed films such as Easy Rider and Five Easy Pieces (which I will get into later in the coming months). Nicholson also makes a blink and you’ll miss it cameo in this film when it breaks the fourth wall on the studio set.

In conclusion, Head is a strong film with an amazing sense of energy and political commentary. It’s an incredibly fun film and probably would be an amazing discovery to any stoner looking to trip out over something other than Cheech and Chong or Dazed and Confused or the average Seth Rogan flick. If that doesn’t tell you enough about the audience intended for this film.