MPAA Rating: R for grisly views of horrific and bizarre killings, and for strong language.

David Fincher’s first successful film, after endless amounts of music videos and the depressingly awful Alien 3 (or Alien cubed?), is an immensely disturbing look at the realities of modern society. Seven showed that Fincher was a force to be reckoned with. Mixing together many different classic styles, Fincher crafted a classic on his own that deserves to be studied for hundreds of years to come. Before researching this film, I believed this was much further into his career than it is; because the film is so expertly directed that it seems impossible to be an early effort.

Seven follows two detectives, one is rather old and preparing to retire (Morgan Freeman) and the other is young and just breaking onto the scene (Brad Pitt). After a series of deaths that seem to follow a pattern, they both work together to solve a mystery that they’ll never forget. At every murder scene they find words scratched in odd places, and notes referencing historical, dark literature related to the seven deadly sins. As they piece the puzzle together, they find that the man they’re looking for may not just be another madman with the lust for blood.

The cinematography in this film resembles that of an Italian giallo mixed with classic film noir. You can really tell this film was made by somebody who truly understands and loves film. The acting in this film is outstanding, the most memorable performances are from Brad Pitt and Kevin Spacey, who both seem to feed off of each other’s energy. The score, created by Howard Shore (The Lord of the Rings Trilogy), is also very haunting and adds to the dark, nightmarish tone. After taking a class over forensic sciences, many of the crime scenes and the amount of time it shows them waiting for results is very realistic. From the decomposition of the bodies to the long process of determining a fingerprint, everything feels completely based in reality.

I watched this film for the third time in a local movie theater’s classic series, and the experience was mostly very enjoyable. There was a scene that took place in a strip club and the rumble of music as they walked through the backroom hallways made it feel like you are in the film with them. There were a few malfunctions in the film projector and there was nothing to watch before the film started. Also, for the first 5 minutes there was a green line going down through one side of the screen and a pop up box showed up in the corner of the screen with the audio/video specifications. Other than these few things, the audience was great and there wasn’t very many distractions. 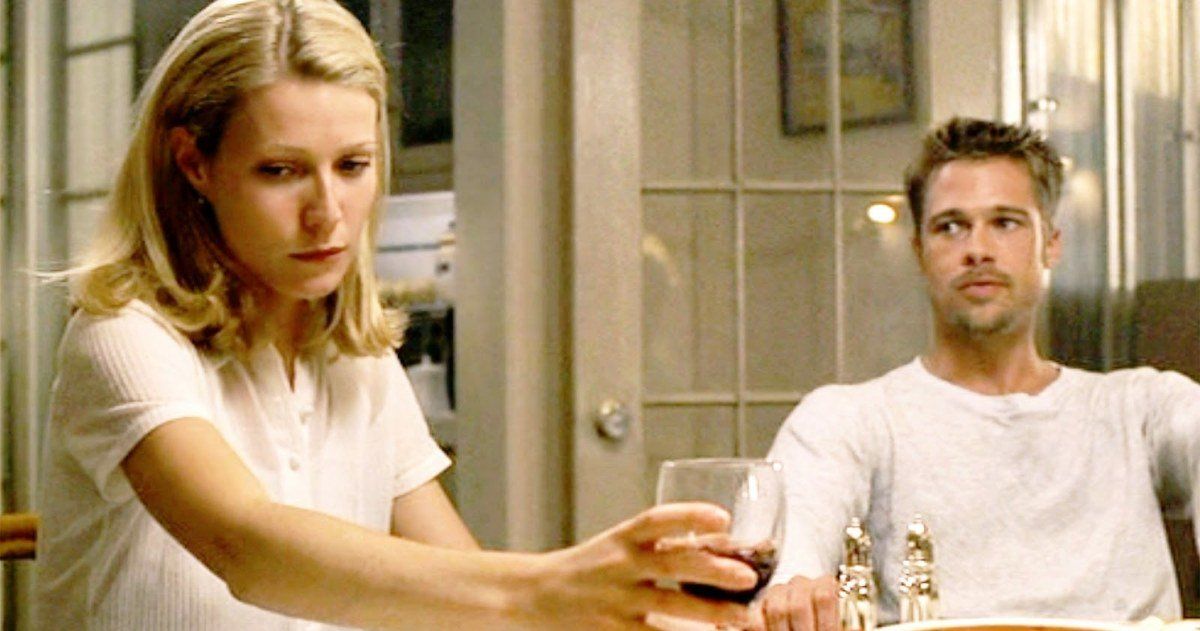 The ending to this film is one of the most intensely disturbing in cinema history. Those who have seen this know exactly what I’m talking about, and are just as scarred as I am. There really isn’t anything about this film that I didn’t enjoy; and nitpicking this film would really take me more than one viewing to really be able to find something to complain about. But, it wouldn’t be worth it either way because this film is near perfection and deserves to be seen as a modern classic. Each line is so intelligent and has me pondering over them even days later.

Next to The Silence of the Lambs, Seven is the greatest thriller/suspense film of the 1990’s due to it’s intelligently written script, brilliantly shot sequences, and the deeply emotional portrayals. I know there’s a good amount of people who consider newer directors similar to David Fincher overrated and pretentious. But, nobody can deny the cultural impact his films has had on American society, especially Seven and Fight Club. I HIGHLY recommend this film to anybody who has yet to see Seven (I couldn’t imagine why).